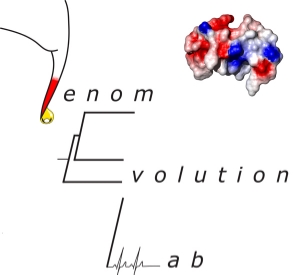 Animal evolution has played a key role in shaping the Earth as it appears nowadays. Many extraordinary adaptations are the results of millennia of continuous genomic modifications. One above all these stands out: venom.

Venom can be described as a cocktail mixture of peptides, proteins, salts and few organic components. Throughout evolution, it appeared in multiple lineages, indicating its efficacy in pursuing its objectives. At the present time, it is possible to identify it in mammals (e.g. platypus, bats), arthropods (e.g. centipedes, spiders), primates (e.g. slow lorises), fish (e.g. stone fishes, lionfishes), cnidarians (e.g. box jellyfish), and for sure, in the most (un) famous reptiles (e.g. monitor lizards, snakes).

The Venom Evolution Lab not only studies medically important organisms such as snakes, spiders or scorpions, but also all venomous animals.

Integrating multiple disciplines ranging from ecology, evolutionary biology to functional genomics it is possible to understand the mechanisms underpinning the evolution of the venom system. Furthermore, the discovery of novel toxins can potentially lead to the development of new drugs. 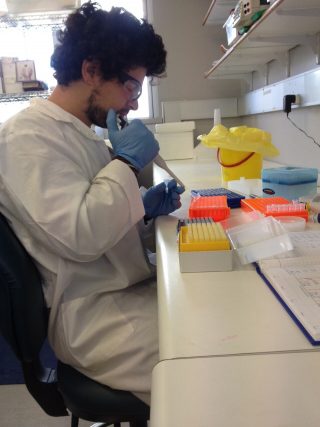 As part of my MSc I was investigating the variation of venom composition in Australian black snakes (Pseudechis spp.). Proteomics analyses and bioactivity testing were correlated to provide insight on venom evolution and potential pharmacological applications. The study is now published.

This project was a large-scale study aiming to understand the evolution of the Australian front-fanged venomous snake (Elapidae). This led to publish an article that tackles and questions which driving forces played a key role in shaping such an outstanding elapids diversification. We investigated the venom composition of 28 species and for the ﬁrst time in elapid snakes, we revealed the existence of an ontogenetic shift in the venom composition and activity of brown snakes (Pseudonaja sp.). For further information, please refer to Jackson et al. 2016 and Cipriani et al. 2017.

By continuing to use the site, you agree to the use of cookies. more information