Born in 1989, Jonathan grew up in the Chianti hills, spending most of his time hiking and playing in the surrounding forests. For almost 15 years his best buddy, Duman, followed his adventures.

During his adolescence, he started to cultivate a passion towards evolutionary questions, in both biological and physical fields. This initially lead him to pursue a bachelor in Physics and Astrophysics; however, due to his overwhelming passion towards biology, he switched to Natural Sciences at the University of Florence: a crux in his life. Besides acquiring his first DSLR camera, this course gave him the skills to critically and empirically analyze the surrounding environment. He developed a BSc dissertation project on the microscopic larvae of the Mediterranean mussel (Mytilus galloprovincialis), investigating their dispersal along the Tyrrhenian coastline involving world leading experts from the University of Rhodes and the University of Florence. 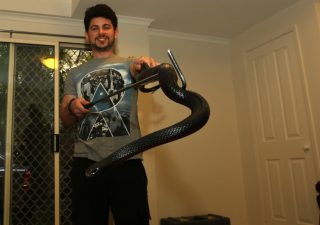 Once graduated, he worked and traveled for one year in Australia, New Zealand, Philippines and India, documenting the trip with his camera. He got fascinated from the reptile biodiversity in Australia, the stunning landscapes of New Zealand, the unbelievable underwater world of the Philippines and the craziness of India: “the land of the contrasts” as he uses to define it. 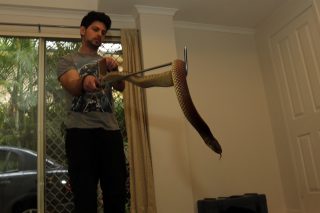 Then, he got accepted in an international master course in Tropical Biodiversity and Ecosystems (Tropimundo), attending lectures in Italy, Belgium and Australia; he worked on the variation of venom composition of the Australian black snakes (Psudechis spp.) under the supervision of the world expert on venom Bryan Fry.

Currently he is working at Ghent University as a PhD student under the supervision of Matthew Shawkey and Liliana D’Alba, exploring how coloration affects thermal properties of integument in reptiles (Archosauria and Lepidosauria).

To couple his research career with photography, he decided to engage the wide public with pictures taken during his multiple trips, targeting the Climate Change issue. Indeed, it has an undeniable potential to modify ecosystem structures. With his pictures he would like to transmit to people how fragile biodiversity is in our changing planet. He firmly believes that only sharing the reality we are living in, reporting images from all over the globe, disclosing the beauty we are surrounded by, may help us to re-connect with our Earth.

By continuing to use the site, you agree to the use of cookies. more information